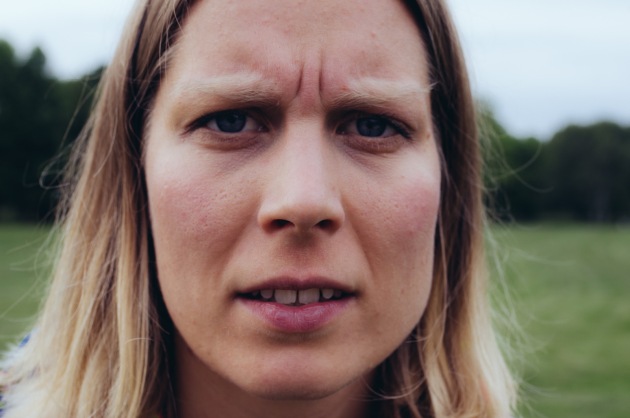 No one really talks about the lows that can come after a big race. Or at least I’ve never really read about this mess that has been in my head for the past week… 10 hours alone on the road is a lot harder on your head than your body.

We all approach races in very different way, for some it’s to get a new PB, some just get it done, some to run away from something that they don’t want to deal or like me, running to let go of all that I’ve been carrying for the past two years.

But whatever the reason is, no one really talks about what happens after that super high. And that low really got me so off guard, I didn’t realize that something that huge would be waiting for me. I’ve heard about a low after a race when you don’t have another one to wait for, but this was something completely else. My mind, or actually my brain, had never been that tired and in need of rest and recovery just like my body.

Maybe I was so calm before the race, because I had already answered to this huge question that had burned my mind for the past six months, Where am I supposed to go next? What will be the country I will move next? And I had an answer to that straight after landing to Copenhagen, I felt so strongly that I’ve just come home and that this is where I belong. Not that I had too much time to marvel in that, but I knew and finally that uncomfortable weight was lifted and I didn’t feel lost anymore.

During the race, I basically went through everything that had happened in the past two years. I let go off all that I had carried. All the pressure, sadness, pain, old me, that devil that calls me to give up, all the scars and wounds. And when I touched that last lighthouse for the sign of me finishing, I closed the book of my old life and opened a new and fresh one.

But now, after knowing exactly what I want to do and where to go, I got caught of doing something I seem to always do. I get really freaked out. My whole being knows exactly what is right and I just fight it because me being happy and go to a direction I know is right, is scary as hell and all unknown and confusing!

For a really long time I’ve been denying the fact of how unhappy I’ve been in Finland. I am so insanely lonely here. This time here has been exactly what I needed but it also has sucked me dry so badly that my mindset has been on way too much of a test and lately I’ve really been fighting hard to not to grumble. I haven’t and I won’t but the battle has been here. Though I’m still on the winning side of it.

I’m really great at being alone, with my life and my time, just happy to be on my own. But that all has started to change too, the more I understand who I am and what I want and why I react to certain things like I do, it has made me yearn for actual company of others around me. And this doesn’t mean that I don’t have any friends here, the few that I have and who I keep close, are the best people anyone could find in this world. I am so humbled by the support and love that they give me. I would not be able to be this strong now if I wouldn’t have them around. ❤

But I have goals in my life, to grow as a writer and as a trailrunner. And without something happening and challenging me in my life, that’s impossible. And I truly truly yearn to be surrounded by like minded people, and I know that I have them in Copenhagen. The fact that I do have them there, is a challenge on it’s own as I’m super good to push people away, not completely but just enough to get myself back in that solitude that is too easy for me. And I’m just tired of feeling alone, and that’s what I am here, this place is rough to be and especially if you are a bit different.

This past weekend I realized couple of things that really I had known for quite some time but after the Ultra they really became real, in a whole new way. On Friday night I was telling about the race to a old family friend whose known me for almost my whole life, not knowing all that’s been going on but a want to know. And when I was telling her that without running I would not be here, really truly not be alive, I just started crying as it is so huge and the realization of the fact all of sudden hit me in such a new and profound way. I’ve said so many times how running has saved my life, but before that race, I didn’t probably understand how much running has given me. And all of sudden I did. The gratitude I have for running is so big that I just don’t have the words.

Another moment was when I was spending a evening with one of my closest friends, and was going on and on about things that should not even bother me at the moment, and he said that there’s two questions that I should ask and answer and keep doing that to keep myself in check. They were “Who am I?” and ” What do I want?”. In a way they are very simple questions, but the point is to answer them honestly to yourself, not to anyone else. And that is a bit harder. It also puts things in to a new perspective. And the truth is that I’ve worked so hard the past couple of years, so damn hard. I don’t see it for some reason, I don’t see how brave I am and how open to new jumps and risks to take. Ready to just go and see what happens. I don’t see myself as an inspiration or a hero, I see myself as someone who just wishes to find her happy and strength and if by doing that I am able to help someone, I feel like I’ve won all the lotteries in the world.

But what that Ultra also did was, was that it peeled all the layers from me that I had been holding. Running has a way of peeling us like a onion, but running an Ultra with the right mindset peels us so raw that you are like a open wound after it, or wound is a wrong as it sounds super negative. It opens you in a way you have never been before. And all of sudden you’re ready for so many new things that it’s pretty insane. You are able to let people come a lot closer than before, which can also mean that you get hurt easier, but in the end it’s worth it.

When you run an Ultra, you should race for yourself, for that personal victory. There might not be a medal waiting in the finish line and maybe that’s better. Then maybe the reason to enter a race is personal, not to get more bling. Because everything that happens during one, is because and up to you. And you are the one who has to own it. And look at yourself, really look, and admit the things that you might have been denying. For me running trails and Ultras now, is so personal part of my journey, the part where I’m finding a way to be me with all I have. I’m not by any means the fastest or the strongest, but I sure am the gutsiest! Or my strength is in my mind. I am able to keep going when things get really dark, as I’m not afraid of that place, it’s the place that I’m really familiar with.

The people I find to be the most inspirational in Ultra running, are the ones who have gone through a lot, suffered and still gone forward. They might not be the fastest either but they are true and honest, willing to take the bad with the good.

When I had about 30km left in the race, I remember how I was thinking that that’s nothing, I can do that easy. That was a moment for me when I knew that this is what I’m meant to do.

Through running, I’ve opened up so much. I’ve learned how to love myself, for the first time ever. I’ve forgiven myself, time and time again, and learned how I don’t need to punish myself all the time. My openness and my willing to feel it all, whether it’s bad or good, my ability to love so hard that it might hurt me in the end, those are things that I wish I never loose. When I say that I will be there for someone, you better believe it.  I’m willing to take a risk, even when it scares the shit out of me, because I owe it to myself. Without all the risks I would not be here now, planning my next move, to a another country, again.

So, it’s normal to feel really down and mentally tired after something this big. It’s not the easiest thing to take but it sure is worth it. All the doubts and fears, all of it. Because in the end, if you listen to your inner self, you’ll be so much happier than before. I promise you.

2 thoughts on “Life Changing After Race Lows And Realizations”